Brain science is a cutting-edge study field that holds enormous potential for better understanding, preventing, and treating a variety of diseases that impact millions of patients. The human brain is the most complex organ in the human body. It contains billions of highly differentiated and interconnected cells that form intricate and complex neural networks, involved in everything from physical to high-level cognitive functions. Dysfunctions of this complex network caused by both genetic and environmental factors may result in many brain disorders. Initiatives like the Human BRAIN Project are starting to shed light on the complexity of the human brain gathering, organizing, and sharing data describing the brain and related diseases. Understanding how the brain works poses big challenges that require the integrative analysis of big data ranging from single-cell trascriptomics, proteomics, imaging and mapping technologies through the use of computational approaches such as system biology, AI and/or bioinformatics. The Bioinformatics for Unraveling Brain Complexity workshop will focus on the methodological and computational aspects capable of highlighting the brain complexity and proposing mechanisms in healthy and pathological conditions.

[9:50-10:10] Lorenzo Di Rienzo
Modulating communication at the synapse: biophysical characterization of the interaction between G protein-coupled receptors and putative ligands

10:10-10:30] Giuliano Santarpia
RepOdor, a Manually-curated Repository of Odorants and their Olfactory Receptors 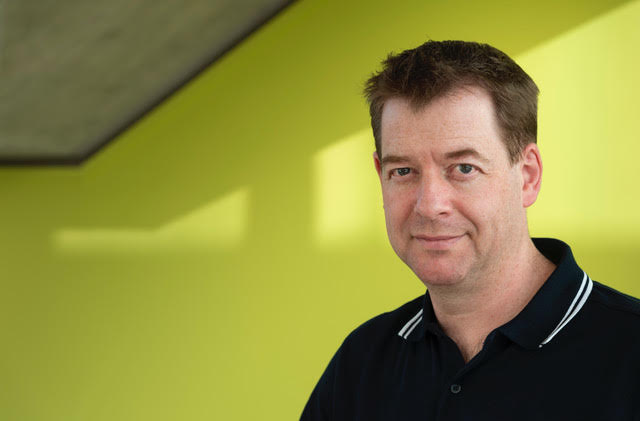 Douglas has a PhD in Molecular Genetics and is currently Professor of Systems Neurobiology in the School of Informatics at the University of Edinburgh. His research is interdisciplinary and focuses on the application of computational methods to neuroscience with an emphasis on understanding structure/function relationships at multiple levels of organisation. At the molecular level his group works on developing graphical models of the molecular synapse. This includes the development of databases that capture what has been reported across multiple public studies. Research on methods to identify substructures from within molecular interaction maps has uncovered new functional groupings of molecules that are not captured by classical pathway analysis. More recently this work has extended into mapping genetic associations with human neurological disorders onto the molecular pathways/substructures found at the synapse. His group also hosts the virtual fly brain project which provides a unique query interface for Drosophila neuroscience data. Douglas is also Chief Scientific Officer for Actual Analytics Ltd, a spin-out company established in 2010. At Actual he leads the development of the Actual Analytics Home Cage Analyser, an instrumented home cage compatible with existing IVC racks for 24/7 monitoring and analysis of individual laboratory rodents maintained in their social groups.

Abstract: The synaptic proteome is widely believed to be the molecular machine that underpins the core functions of neurons – the integration and transfer of information from one cell to another. Perhaps unsurprisingly it is enriched for proteins whose genes are linked to a wide range of human neurological conditions. However GWAS datasets from these conditions and related traits map less clearly onto the synaptic proteome often with weak or no significant enrichment. The synaptic proteome can be subdivided, on the basis of network topology into clusters that each have enriched functional associations. We hypothesised that these topological communities form natural groups for gene set analysis and contain information not only about protein encoding genes with a mechanistic association with the phenotype but also with interaction partners whose role is important but less direct. We combined over 30 published synaptic proteomic studies from 2000 to date to obtain a list of over 8000 molecules. We retrieved protein-protein interactions (PPIs) for combined list and built the most complete up-to-date PPI networks for presynaptic and postsynaptic compartments. We then divided this proteome up into sub-communities on the basis of network topology. We find closely interacting sub-communities within the synaptic proteome that are very highly enriched for genetic associations with a range of phenotypes and disorders. These sub-communities likely indicate molecular pathways that span complex traits and disease.